No matter how well you think you know Sierra Nevada, or how many times you have wandered along its paths, you will always come across undiscovered spots.

This time we set out with our friends from Buxus, a local NGO working to protect the environment on the coast of Granada. We wanted to look for alternative routes to the classic hiking trail Nigüelas – Lanjarón, part of the GR-7, a long distance trail in Spain. The irrigation channels in this area act as waterways —they not only help the diffusion of flora and fauna, but also lead hikers eager to find lesser known paths. Not all the irrigation channels are walkable, sometimes it is physically impossible to walk on their edges, and sometimes it is dangerous and other times our steps could cause them to deteriorate irreparably, which is reason enough to give up on this option. This is why we needed to explore these routes, which were clearly drafted in maps, to see if they could be used in a reliable and respectful way on our excursions. 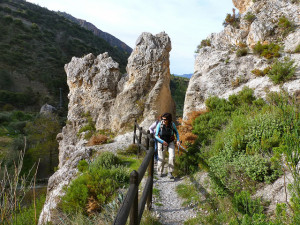 We left Nigüelas and walked along a lovely and easy-to-walk irrigation channel called La Pavilla, which led us to Torrente River. After crossing the river, we walked along its bank until we found the connection with the GR7. A well-designed zigzag made the ascent easy. As we walked up the hill the views of the Lecrin Valley became more and more impressive, now, we could contemplate the villages set in this mountainous area with exceptional weather.We took advantage of the privileged location —we had a perfect view of the Nigüelas Fault (Natural Monument)— to talk about the geology of the area. The path ended in a comfortably wide forest trail, it was good to recover our strength, take a deep breath, and speed up our steps. 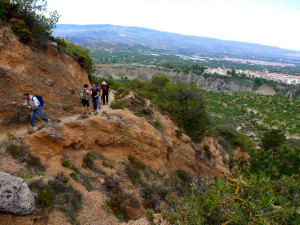 As we continued ascending, heading southwards, a new world opened up in front of our eyes: the end of the Lecrin Valley merging with Las Albuñuelas mountain range, Los Guajares, Cazulas, Sierra Tejeda with the glorious Maroma on top of it, Lucero and, at the very end of the valley, two reservoirs, Izbor and Rules. The coastline could also be seen. We felt as if we were birds of prey. From our location we could take in a bird’s-eye view of an immense almost unreachable landscape that fed our endorphins. We left the trail to enter a fire-break that led us through Pedro Calvo forest into a 200 meter accumulated height difference ascent. Climbing this fire-break was the best way of avoiding the many kilometers of curves of the forest trail that goes to Tello. The hard work was worth it: rewarding us with another landscape from a higher level. Sierra de Lujar rose magnificently in front of our very eyes. 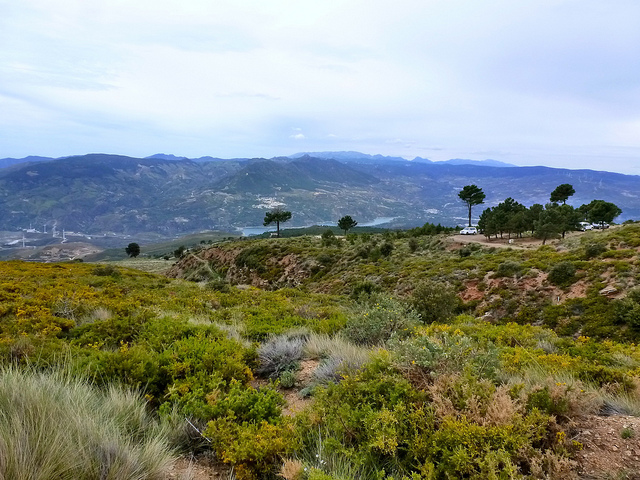 Having filled up on landscapes, we headed towards another micro world within the Sierra, the water worlds that run through rivers, waterfalls, and along the most perfect system of water use and distribution: the irrigation channels.

Acequia Nueva (New Irrigation Channel) is restored and, except in few narrow places where it is necessary to cross it and take a detour, it can be followed, if you are cautious and not afraid of heights. We walked upstream for 3 kilometers accompanied by the sound of water. We observed plants, tadpoles, and other inhabitants of this habitat. Acequia Nueva is a fast-flowing irrigation channel and the closer we got to its origin the more quickly and strongly the water flowed. 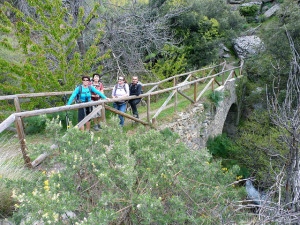 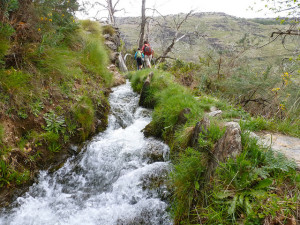 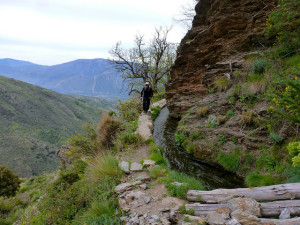 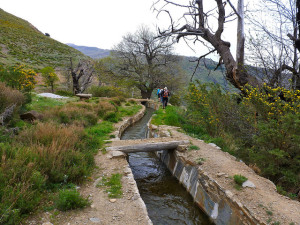 The irrigation channel tour departs (or finishes, depending on your starting point) almost in the place where there is a bridge to cross the river. A meadow invites hikers to sit and eat something before the descent. We took the famous Tello trail towards Lanjaron, but we left it a couple of kilometers later to cross the river again and follow another irrigation channel, in this case the one called Montalban. The trajectory is shorter but equally fascinating. Our experience from a frog’s leg sight, ended at an overflow channel. From here we could walk down to the village using some shortcuts, trails, and orchard paths near Lanjaron. This last section is also full of small streams and irrigation channel offshoots used to water the orchards. 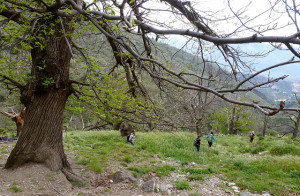 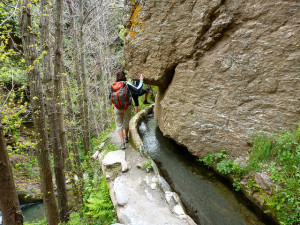 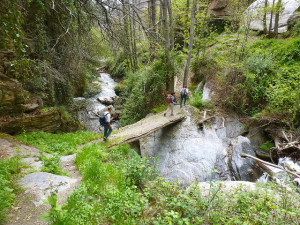 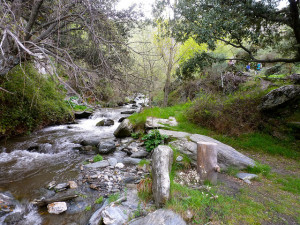 The trip from Nigüelas to Lanjaron along the irrigation channels is a fantastic option for those who want to do a long distance hike (25 kilometers, 8 hours approximately) with medium difficulty and, especially, for those who want to take with them, in just a day, an album full of images of different landscapes and habitats of the medium altitude mountains in Sierra Nevada National Park.

Sierra Nevada National Park - a hikers' paradise all year around