Hiking and trekking by southern Spain

Sierra Nevada National Park – a hikers’ paradise all year around 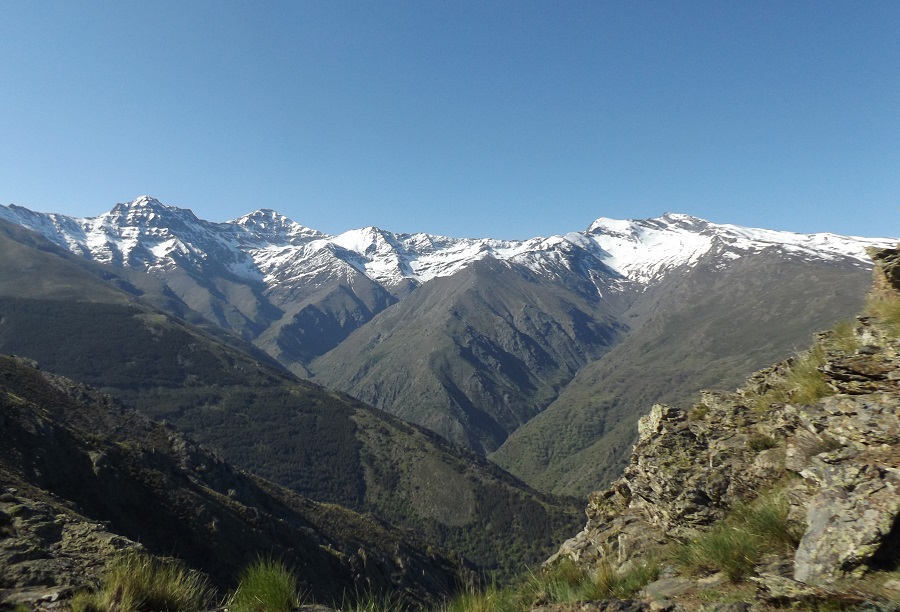 In the National Park there are more than 20 peaks at an altitude of over 3,000m which are covered in snow from November to May. The peaks mark an east – west line as a boundary for the rivers. The northern rivers flow into the Atlantic Ocean and southern rivers flow into the Mediterranean Sea. The southernmost ski station is located at the north side of Veleta (3,396m), the second highest peak in the Sierra Nevada National Park.
The surrounding area of the area are very distinguishable. In the west, we find the city of Granada. North of the Sierra dominates a semi-desert climate. The Alpujarra region is located on the southern slopes and the eastern area is part of the province of Almería. 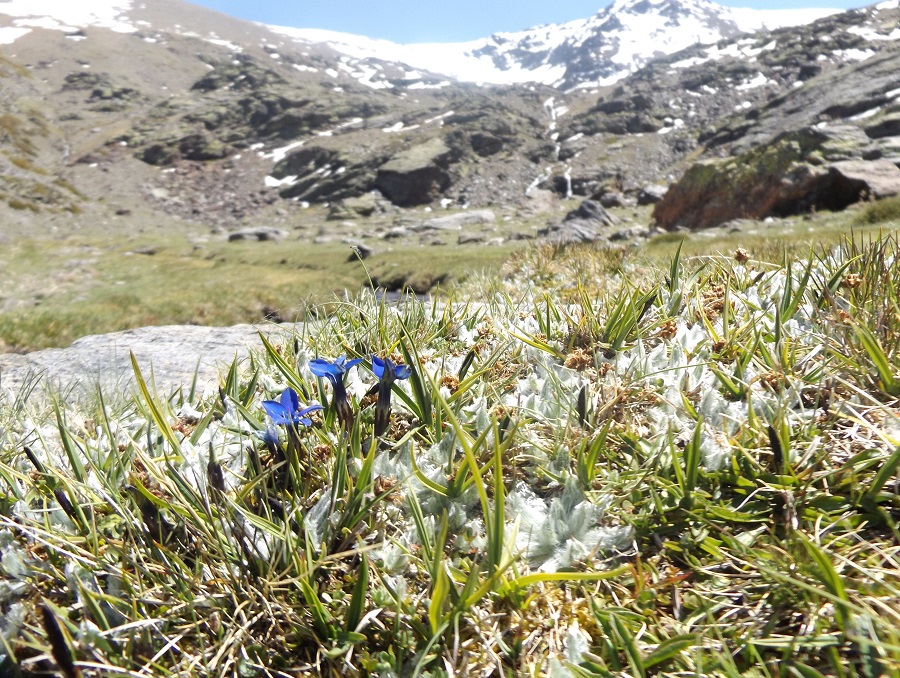 The Sierra was formed in the Tertiary period by the collision of the African and Eurasian continental plates and the process still continues very slowly today.
Because of its isolated location in the far south of Europe, the flora and fauna are unique. The park is rich in diversity. During the last ice age, species moved south to escape the colder weather in the north. As the climate got warmer again the species stayed in the area. The Spanish ibex is one of the emblematic animals. If you go hiking you will surely spot different raptors and birds of preys like the Golden Eagle, Bonelli’s Eagle and Common Kestrel.

In the Sierra Nevada National Park, we have over 100 animal species which we only find here. Almost 2,100 species of plants can be discovered in the region and 116 of them are listed as threatened. The Estrella de las nieves (snow star plant) is a symbol for the Sierra Nevada and an endemic plant as well. The dominant vegetation depends on the altitude. Due to its high altitude the landscape in the Sierra Nevada is divided into 5 stages of vegetation.

Which is the best season to visit the Sierra Nevada? 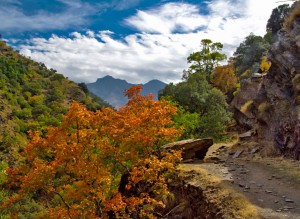 The answer is easy- all year around. Due to its height difference every season is perfect for visiting the region for every kind of activity. Hiking in the Sierra Nevada is possible all year around. In winter the lower part of the Sierra is the most attractive one. The high peaks are covered in snow, the scenery and views are impressive. During springtime the countryside comes alive, snow starts to melt, flowers blossom and a wonderful smells fill the air. Spring is the perfect time to go hiking up to an altitude of 2,000m. In summer it gets hotter the days get longer. We can escape the heat and we will hike to the peaks. The area around the high mountains is more accessible to everybody. To climb Mulhacén and Veleta summer is the best time. Even in summer, it can get chilly during the nights at high altitude. In autumn the leaves change colour and in the high mountains, it starts to snow. 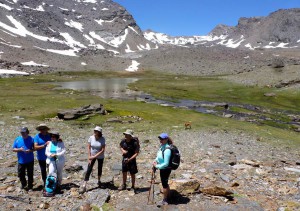 Luckily, the Sierra Nevada National Park is relatively unknown for its perfect hiking opportunities and on our hikes we hardly meet anyone. Start exploring the region and enjoy beautiful natural scenery with our nature guided walks now.

This year our summer highlights will be:

Check out our trips here: Hiking trips in Southern Spain
“The earth has music for those who listen.” – George Santayana

Hasta luego and see you in Southern Spain!
Adiós

This site uses Akismet to reduce spam. Learn how your comment data is processed. 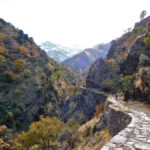